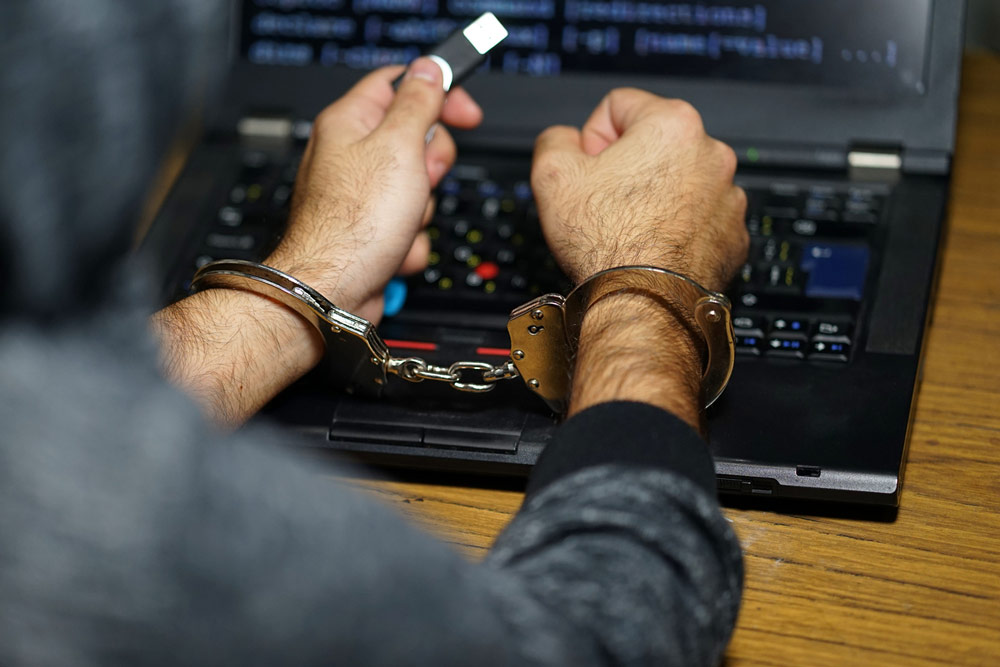 So, your identity has been stolen. What now? When exploring the spectrum of identity fraud and theft, we tend to solely focus on the forms of theft out there, and not think about the aftermath.

It is important to remember that identifying how a thief struck, such as stealing your driver’s license, credit card, or Social Security number is only the tip of the iceberg. What follows is usually a time-consuming journey for all involved when it comes to identity theft crimes.

Theft comes with consequences, even for many identity theft victims. The punishments for stealing the identity of another human have a spectrum of their own and could result in years in prison. Let’s explore this a bit further.

ID Theft is a Crime of Opportunity

Let’s make one thing clear – there is no ideal season for identity theft. It can happen anytime, anywhere, and to anyone. That’s because this invasive crime is opportunistic and free of time constraints.

Some people are under the impression that tax season is the time of heightened risk for identity theft. While this may be the case for tax identity theft specifically, the other variations of identity theft have no set timeframe.

We’re at risk 24/7 and that means our personal information is never safe. Whether you’re roaming the grocery store, seeking medical attention, or simply receiving mail at your house, you are at risk.

This is why it is important to be vigilant of your identity at all times. Unfortunately, one in every 15 people will fall victim to this crime at one time or another. Putting the situation into the hands of law enforcement will lead to a faster resolution of the situation.

Identity theft is punishable to different degrees depending on the crime committed. The punishments can range from a simple fine, all the way to extensive jail time with a period of probation afterward.

While law enforcement has its own, clear system of dealing with identity theft, victims also have the option of taking things further and seeking harsher punishments for the perpetrators. This is obviously all dependent on the extent of damage that has occurred, and most importantly, the financial devastation of the crime.

A fine of monetary value isn’t an uncommon consequence of committing identity theft. All issued fines will also state the level of fraud committed and the charges levied against the perpetrator. This will either be of a misdemeanor status or a felony.

Fines seek to remunerate the State in which the offense occurred for the inconveniences encountered on account of the criminal’s actions. The intention with fines, as with any form of punishment, is to discourage the criminal from performing the crime again.

Fines can be issued as the sole punishment of the crime in question or in conjunction with other forms of punishment, such as probation or jail time. It all depends on the severity of the situation and what law enforcement has deemed most necessary.

Should an identity thief fail to pay the issued fines, they will face further and harsher prosecution for the acts committed.

In certain cases, a thief will be ordered to compensate for all financial losses incurred by the victim of identity theft. This is decided in a court of law and can involve the total sum of monetary loss since the first day of the theft.

This means that victims can be compensated for:

The expectation of adequate compensation will be decided by the victim and their respective lawyers. The thief will be ordered to pay back all of the involved costs or face further punishment.

Severe cases of identity theft, or identity theft that went on for extended periods of time, are often punishable by imprisonment. This is a common way of handling identity theft in many parts of the world, with the minimum sentence usually starting around the two-year mark.

The sentences will be increased accordingly depending on the case in question. If a perpetrator isn’t able to pay their fines of restitution, the jail time is also likely to go up, in order to fairly compensate the victim.

Some lighter cases of identity theft pose an opportunity for prisoners to obtain early probation and complete their punishment on the outside. More severe cases won’t have this option and criminals will have to serve their entire time behind bars.

Getting out of prison on probation puts the criminal into a space of outside punishment. For a decided period of time, they will be under the close watch of the law and run the risk of being put back in prison should any area of their probation be violated.

It isn’t uncommon for first-time offenders to go straight to probation and avoid jail altogether. It all depends on how much of a risk they’re viewed as by the court. In these cases, the criminals will work closely with a probation officer and have to follow a strict set of rules surrounding their behavior and allowances within the community.

Failure to adhere to the specifics of one’s probation will only create further problems for the criminal in question. More fines and even jail time are usually the only way to deal with someone who refuses to obey the criteria of the probation that was granted.

The Bottom Line on Identity Theft

It’s good to know that the laws surrounding punishment and consequence of identity thieves are regularly updated to cover all new and advancing forms of identity theft.

It’s unlikely to experience a form of this theft and not have sufficient punishment laid down by the law. One can only hope that the risks of punishment involved will cause more individuals to rethink their plan to steal another’s identity.