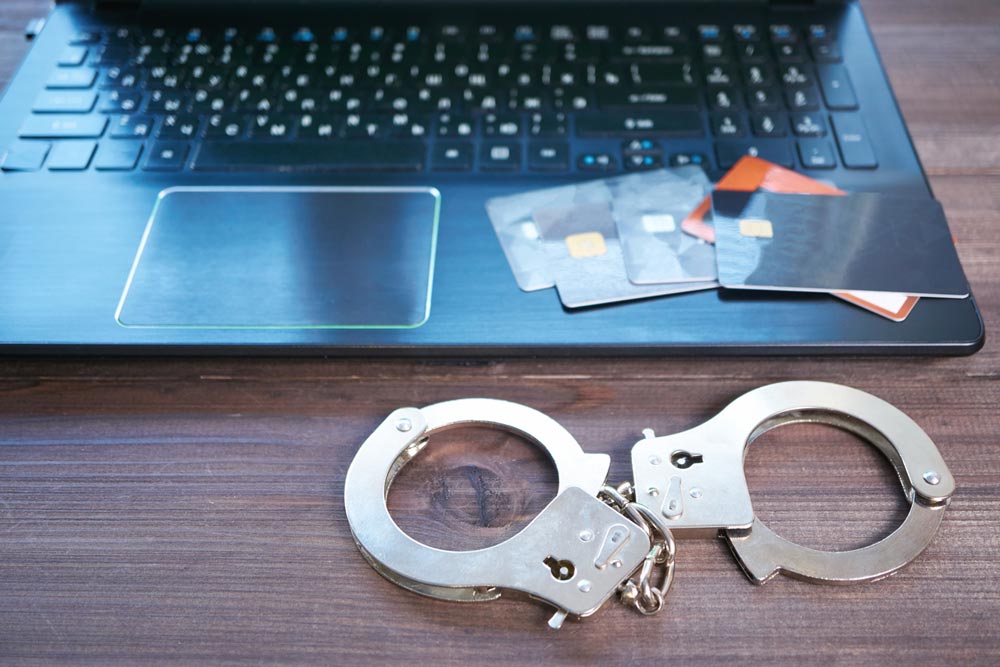 Unless you’ve been living under a rock or on some other planet, you know that credit card theft has been on the rise over the past couple of years and suspicious activity and unauthorized charges are being reported all too often.

Well, it has been going on for a while. But when credit cards first started gaining traction, the only form of theft was probably nothing more than just stealing the credit card statement out of your mailbox or the physical card from your wallet. The hacker would then use your credit card number to make fraudulent purchases.

Debit card theft, account theft from the cardholder and total account takeover, every phishing scam under the sun, theft of your Social Security number, credit card skimming, fraudulent transactions… the list is almost endless of things thieves will try to get their hands on.

We know this all sounds scary but don’t fret. In this blog post, we’ll briefly dive into the punishment, penalties, and consequences debit and credit card fraudsters are looking at when they do get caught.

But enough about the definition of credit card theft and stuff. Let’s dive into the juicy part – the penalties, punishments, and consequences credit card thieves can expect to face.

Penalties for Stealing a Credit Card

Many people will probably expect to walk scot-free after committing credit card fraud. Luckily, that’s not how things roll. Regardless of how you obtained the credit card or credit card number, you still have to face the music.

However, the penalties and consequences will obviously vary by state depending on how much in funds was actually lost. For example, in Florida, some credit card offenses are considered as nothing more than misdemeanors. Such a crime will probably only warrant a maximum of $1,000 in fines and a one-year jail term.

In Texas, however, all credit card offenses are felonies, especially if property of significant value was obtained. Such a crime will warrant nothing less than $10,000 in fines and 10 years in prison.

How Likely Are You to Be Victimized?

The number of identity fraud victims (which includes credit card fraud victims) was about 15.4 million people in 2016. And the estimated total loss was about $16 million, according to Javelin Strategy and Research.

In 2017, the number went up to about 16.7 million victims. So, if it’s a question of how likely you are to fall victim to credit card fraud, then we’d say you’re more likely to experience credit card and identity theft than you’re likely to get hit by a car.

If your card is lost or stolen, report it straight away. Consider freezing your credit reports and contact the authorities as soon as you realize there has been fraudulent activity on your credit card.

While the day will probably never come when we understand why anyone would want to steal your credit card, the truth is it happens more than we’d like to admit.

If it does happen to you, and you see strange transactions, or even if you are not sure if your card is lost or stolen, you’ll definitely want to report the matter so that necessary action can be taken.

Your safest bet for how to prevent credit card theft is to sign up for top-rated credit monitoring, which will keep you notified of any unauthorized charges or new accounts opened in your name.